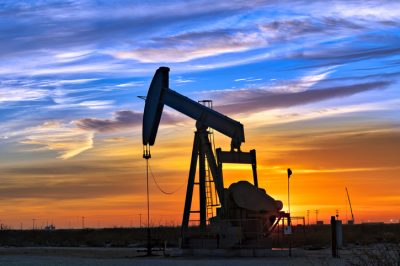 The level of technology offered by Pump-Off Controllers has reached a point of maturity that justifies application in most areas implementing artificial lift with beam pumps. The Cost savings offered by POCs is thoroughly proven, and economic analysis usually indicates system pay out within one to two years. In addition, equipment has been operating in a number of environments worldwide for over a decade.

Pump-off Controllers are micro-processor-based devices capable of autonomous operation, and are primarily applied in conjunction with sucker rod pumps. Controllers monitor for pump down conditions, defined as the state when fluid in a reservoir is insufficient to warrant continued pumping. When fluid falls below a certain level, pumps are shut down until those levels are restored. Allowing pumps to run only when sufficient fluid is available for lift provides clear advantages, including efficient use of Energy, minimal maintenance costs and optimum production.

The methods used by pump-off controller to attain those advantages vary, and most units use one or a combination of a number of system variables. Units can be configured to monitor:

Figure A illustrates typical techniques used to monitor these variables. Advanced POCs support provisions for telemetry to a master computer station, enabling all well parameters and control functions to be handled remotely. Furthermore, a single controller can be employed to control one or a number of wells at any one time.

One major oil company has been involved with computerized pump off control work since the late 1970’s. Employing a variety of methods in the Permian Basin in West Texas through the years, fields have realized noticeable success utilizing a system based solely on load and position. Both single and multiple-well devices using a combination of radio and hard-wired cable communications have been installed. Figure B depicts a composite field application.

Load Monitoring Load can be derived by two types of strain gauge transducers (or Load Cells) mounted either on beams or polish rods. Load Cells mounted on walking beam indirectly determine load through beam stress, while polish rod version measure the weight of the rod strings and fluid columns. Beam-mounted cells suffer minimum damage from well workover crews, since cable can be routed out of the way and cells do not have to be removed.

The constant movement of the beam has little or no effect. On the downside, temperature effects on the walking beam can be very pronounced, placing the burden of adjustment on the electronic package. Also, because the fundamental technique is indirect, it is inherently less accurate than a direct approach.

Polish Rod-mounted cells, on one hand, have to be removed during workover, require running cables somewhat obtrusively from the frame, and are under the constant grinding, sometimes pounding, action of the girdle. On the other hand, superior accuracy permits eventual processing by sophisticated computer analysis programs. Either type of cell functions suitably for simple pump-off control activity.

The position of the beam can be derived by using a proximity switch to monitor counterweights, a resistive pot mounted underneath the I beam, or an inclinometer mounted directly to the walking beam. Proximity switches are sufficient for low cost controllers, although POC systems based on proximity switches tend to assume that upstrokes and downstrokes are of equal duration. Of course, that is rarely the case.

Resistive pots have limited lifetimes, frequently rated at 1,000,000 rotations. For a rod pump running at six strokes a minute, resistive pot failure can occur in as little as four months. Inclinometers, while costing slightly more, have a virtually unlimited lifetime, which generally justifies the added expense.

The advent of both low-cost radio communications and computer processing power have pushed single well units to the forefront because of their ease of deployment. Field topography is a lesser concern because long wiring distances are not necessary. On shore, radio-based, single-well units possess the enviable characteristic of a drop-in piece that can be readily moved from one location to another.

Unfortunately, the necessary deployment of a large quantity of units leads to dramatically increased maintenance costs when compared to multiple well equivalents. Radios must function reliably, and the usual concerns exist with any radio system are still critical, including the availability of frequencies, the presence of geographic features that could block radio signals, and sufficient distance for transmit power.

The first cost-effective units handled more than one well. Using simple signal conditioning boards located at well sites, amplified well data was transmitted over twisted pair cable to central Remote Terminal Units, which served as pump-off controllers. Such units have been configured for up to 32 wells. Subsequent technological advancements, however, caused four well configurations to yield an optimum balance between cable and electronic controller costs.

Cable costs are the prime concern with these systems. The lower the cable cost, the more interesting the method becomes. Major factors include:

In regard to the final consideration, the fact that cable concerns must already be addressed opens the door to modem-oriented, twisted-pair or even more exotic fiber optic communication networks. If restrictions on radio use are such that a high-power network is needed, then sharing this expense across several wells becomes an attractive option.

Generally, multi-well devices are best suited for dense well areas where cable can be easily laid to reach pumping units. These conditions are most often found where multiple zones are produced, or where formations are under some form of injection. Directional drilling in particular displays a tendency toward a “well cluster” approach, which is extremely well served by a central controller site.

One of the more useful functions of pump-off controllers is their ability to determine poor operating states. In the load versus position technique, units internally create traditional surface dynagraph cards for analyzing abnormal conditions, as may be exhibited by rod parts and tubing leaks. Figure C depicts example contrasts between dynagraphs. Of course, early detection and subsequent pump shutdown greatly minimize the extent of the damage or fluid losses involved.

The failure of load and position sensors can be noticed. In this case, the POC reverts to a Clock mode, whereby an operator-determined pumping and resting cycle is started. Alternately, it may assume the times from the last valid pumping cycle.

Bearing in mind that controllers operate entirely by themselves, the addition of telemetry to master computers located in a field office significantly enhances the overall system capability. While telemetry does increase maintenance, it is an enormous benefit to have personnel expend their time correcting problems rather than searching for them. Quick reaction to faults clearly aids in eliminating production loss.

Master computer configurations appear in various forms in both hardware and software. The software presents a user-friendly interface for:

A multi-tasking Operating System (OS) is preferred, because it is necessary for rapid alarm reporting even while an operator may be viewing other activity. Real-time requirements in a controller master computer installation are, as a rule, not as demanding as those typically encountered in supervisory control and data acquisition (SCADA) environments because of controller autonomy. For these reasons, the master station program can execute under Windows and other similar personal computer-based operating systems.

Hardware requirements are very minimal. Other than a machine necessary to yield acceptable performance under a particular OS, a good pump-off control package can handle up to 500 wells requiring no more than 10 megabytes of hard disk space and 2 megabytes random access memory.

Most POC’s have sophisticated resident software to allow a straightforward user interface. While rest time determination and pump-off detection methods vary, the end result is virtually the same. Units can be directly accessed using front panel displays, plug-in terminals or notebook computers. The latter technique is preferred not only because of the generality of work a notebook can accomplish, but that units can run the same programs found on master stations. This feature allows for a very powerful tool for on-site well analysis and problem diagnostics.

Ergonomic computer abilities including superior graphics, color display, and track-ball interfaces are available. Although one weakness arises from commercially-manufactured computers lacking the rugged structure necessary for field use, in practice, this factor has yet to be observed as a severe problem.

There are two interesting variants to dedicated on/off-style controllers. The first involves a unit that is easily reconfigurable to perform other tasks, such as injection control. Standard SCADA capabilities including pressure monitoring and alarm reporting, can be introduced. The consequent uniformity of material and basic hardware and software functionality is an immense asset to maintenance groups, ultimately reflecting a lower yearly operating cost.

The second variant operates a continuously running variable-speed motor, as opposed to the on/off mode. After reaching the pump-down state, this style of unit slows rather than discontinue pump action until fluid levels are re-established. The variable-speed controller system offers particular advantages. First, when heavy crude is involved, the on/off action will function poorly, if at all.

Second, stresses to the beam systems themselves are kept to a minimum by avoiding repetition of the initial starting state, which also accounts for savings by reducing peak electrical load demands-a large factor in determining the expense of providing power. Finally, while variable-speed motors are more expensive than standard versions, they can be sized smaller, which means less expense.

The point of all controller systems is to realize monetary savings in the cost of electricity and subsurface maintenance, and in most cases, a rise in oil production. Typically, systems result in an average 22 percent reduction in power cost, 27 percent savings in workover cost, and a one to two percent increase in field production.

Electrical savings are derived from running wells only when they are pumping full columns of fluid, while savings in workover expenses result from the ability to shut pumps down immediately prior to fluid pound. Production increases can be attributed in the short term to gains associated with the pump down of high levels of fluid in the casing, and in the long term to gains caused by extended run times and reduced down time.

Table 1 offers a comparison of costs involved when considering a pump-off control technique. Looking beyond the tangible expenses, the real source of concern is in keeping units identical across field boundaries. A mixture of different manufacturer’s equipment can play havoc on maintenance personnel, raise spare parts costs and complicate master station software. This aspect is present regardless of the size of the company structure involved. Unfortunately, while these expenditures are present, documentation of the fact is difficult.

Windows is the trademark of Microsoft Corporation